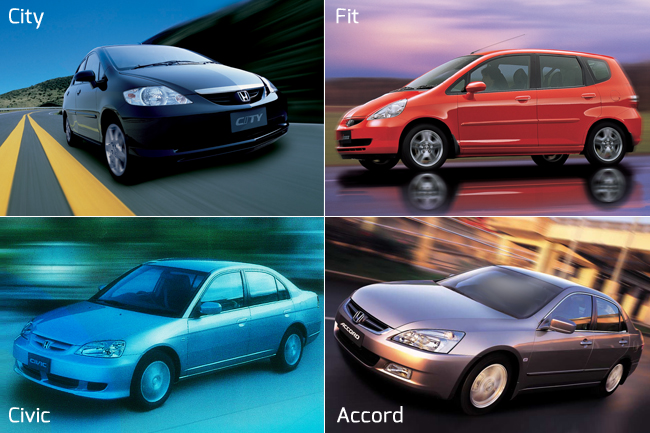 July 9, 2014 – Honda Cars Philippines, Inc. (HCPI) announces the voluntary recall of 1,760 units of selected Honda Fit, City, Civic, and Accord sold in the Philippines due to faulty inflation device of the front passenger airbag.

The announcement is part of a global recall of vehicles following a Honda Motor Company, Ltd. (Honda Motor) report involving faulty front passenger airbags.  The report traces the cause of the faulty airbags, to the automatic rejection system machine’s failure to detect defective Airbag Inflators containing low density propellants. Subsequently, the defective airbag inflation devices manufactured and delivered by the supplier were inadvertently installed during the assembly of the affected vehicles. As a result, upon airbag deployment, the pressure increases excessively and might cause the inflator case to rupture.

An estimated 2.1 million Honda vehicles worldwide are affected by this recall which involves the replacement of the affected inflator.

This notwithstanding, there has been no known/reported case of abnormal passenger airbag deployment or of any crashes and/or injuries related to or arising from this issue.

Below is the table of information of the vehicles that are included in the safety measure:

Concerned customers and/or owners shall be notified through Letter-Notices which will be sent by Honda Cars Philippines, Inc. and through phone by Honda dealers. Honda is announcing this safety recall to encourage all affected owners to take their vehicles to an authorized dealer where the defective inflator will be replaced free of charge.In case the affected vehicles have already been sold by their original owners, the latter is requested to inform the dealership immediately in order to inform the transferee of this recall campaign.

“We sincerely apologize for the inconvenience we have caused to our customers and other people involved in this matter. Rest assured that we are conducting different measures to prevent the recurrence of this problem. Our customers' safety is always Honda's top priority. Please bear with us as we conduct this safety campaign”, said Mr. Toshio Kuwahara, HCPI’s President and General Manager in a press statement.

Due to worldwide recall, replacement parts supply is limited and will come in by batch. To conduct the voluntary safety recall in an orderly manner, customers are requested to call their respective dealers for service appointment or call the Honda at (02) 857-7240 or email at customer_relations@hondaphil.com; or you may also use the 17-character VIN SEARCH below to know if your vehicle is included in the recall.

Replacement of the affected part will take about one hour and will be carried out in all 32 authorized dealers and 3 service centers nationwide.  Repair service of affected vehicles will sequentially start from July 31, 2014.

Owners of Honda City, Jazz, Civic, Accord, CR-Z, CR-V, HR-V, Pilot and Odyssey models sold and distributed by Honda Cars Philippines, Inc. and which are not covered by this recall  have no reason to worry since the airbags of these models were assembled during other periods.

HCPI is carrying out a proactive market action through the conduct of a Voluntary Safety Recall in accordance with Honda’s own standard even if there is no specific law in the Philippines requiring such action. Honda opts to conduct the recall pursuant to its policy of worldwide customer satisfaction which is anchored on customer safety and product quality.

Click here to know if your Honda vehicle is affected.